“Two kinds of people in this world

I lost my power in this world

Because I did not use it

And I call your name, she’s a lot like you

Two kinds of trouble in this world

(From “Go Insane” by Lindsey Buckingham, title track to his 1984 album)

It seemed appropriate to end mid-stanza in the Buckingham lyrics, because it fit my style. And style is everything, isn’t it?

I have been absent from the blogosphere for far too long. But is that unusual? Suddenly echoes of Tom Jones rattle inside this addled brain. Let’s just say it’s not.  I will not make excuses. There have been opportunities to write but it just never occurred to me.

In the meantime, I have been adding to my music collection like a voracious aardvark. Yes, I have been to a few shows, but I have passed up the opportunity to attend more  – be it age, or what…I just don’t know. Music friends that I have longed to see just took a back seat to other “needs”.

I did get out to see Mercedes Moore last night at Proud Mary’s. I had not been to one of her gigs in well over a couple years. When we walked in, I noted there were drums and a keyboard set up, and I thought “What? No guitar? No bass?” and then I realized as I looked around the room and spotted two people having dinner – Taryn Donath and Danny Campbell…and my heart began to accelerate. I simply adore Taryn’s playing and while I knew that Mercedes and Taryn had done many a show together, I had never had the opportunity to attend one. And now that opportunity was here.

What a great time! Unlike the other times I have seen Mercedes, she really worked the audience. It was fun to see her conversationally having fun with the people, including the little conversations between her and Taryn between songs. I also liked that she gave credit to the artists she was covering, such as Little Richard, Irma Thomas, B.B. King… The songs were not the most popular from these artists, and I liked that too. My whole thing is that there is a boat load of treasures hidden on obscure 45s or B sides of the more popular releases, or songs hidden away among the grooves of LPs. It is always a treat to have a performer share these little gems with the audience. 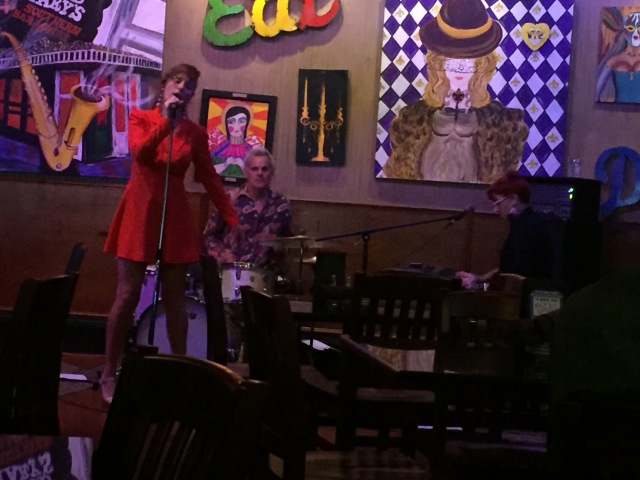 I had forgotten what a terrific singer Mercedes is. I don’t see all that much about her in local media – maybe I have been looking in the wrong places, but I get the feeling she has been overlooked among the wealth of talent we have in San Diego. And what an amazing artist to be paired with! Taryn Donath knocked me out the first time I saw her perform. I still remember the late afternoon on Adams Avenue on the Blues stage. I had no idea what I was in for. Taryn is a little ball of energy that literally attacks the keys like there is no tomorrow. More ideas and styles are packed into a solo than I can process in such a short time. And thankfully, Mercedes gave her lots of room to show her talents. Now, I haven’t said anything about the drummer, Danny Campbell. He was certainly no slouch. Always right with Taryn, you could tell they were having a helluva lot of fun, Mercedes included here too. And, Danny was also given opportunity to show off a bit in some solo work.

Working backwards, the last show we had seen before last night was in mid-June at the Downtown Café, where we saw Dave Humphries (guitar & vocals) with Mike Alvarez (electric cello & backing vocals) and Wolfgang Grasekamp (keyboard). Jimmy Graham, also joined them for a few songs on harmonica. There was a bit of magic in the air that evening, for while I have always enjoyed their gigs, this time they were exceptionally “on”. I just don’t know how to explain it – maybe they were tighter than usual, the singing was stronger, who knows? I just know they were damn good. Lots of self-penned songs from Dave, nothing unfamiliar to me but they sounded great. There were a few new covers but lots of the regular selections – things I never tire of hearing. Stories about various songs preceded many of them – connecting the dots between himself and The Beatles/Tony Sheridan, Badfinger, Beach Boys – lots of real history here. While Dave played lots of rockabilly and British invasion covers, he isn’t stuck in the 60s. His solo work and work with The Hollywood Project are contemporary in sound and spirit.

I was fortunate to not be on the road when Plow performed at their Sunday brunch – now at Tio Leo’s on Napa. All the usual suspects – Chris Clarke on vocals & mandolin, Jason Weiss on banjo and backing vocals, Doug Walker on string bass, Alex Watts on guitar, Dane Terry on harmonica and backing vocals, and Mark Markowitz on snare. After the closing of Urban Solace it was uncertain if we would see them close by. I know we have gone up to Wynola to see them perform, but those trips are few and far between, so I am glad they have relocated to Tio Leo’s – with thanks to RosaLea Schiavone’s Wicked Harem Productions. If you like bluegrass and old time American music, this band will certainly please. It’s always fun to hear them.

It was either the last Thursday in May or the first Thursday in June we saw The Swing Thing duo at Riviera Supper Club. Consisting of Liz Grace on vocals and Jon Garner on guitar, their focus is on pop standards and torch songs from the late 30s and into the 60s, with a jazzy twist. I have  said much about Liz and Jon in the past – two top quality performers. While Liz is fluent in several languages, Jon is fluent in Django and Wes. So there you go. And if you get the chance, both have other bands: Three Chord Justice featuring Liz on vocals and guitar, is a country band which rumor has it is working on a new album, and The Garners, where Jon and his wife, Lorelei, play gypsy and other jazz and blues songs from the 20s and 30s. Sorry I did not get a photo that evening – we were seated too close and it was too dark. 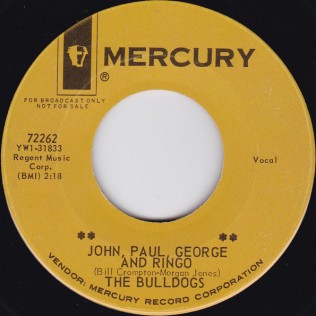 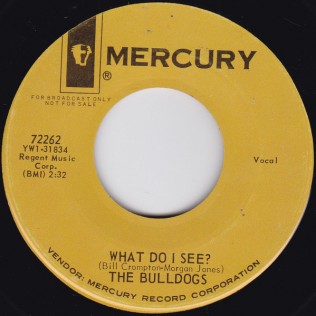 Like I said earlier I have been gathering a huge batch of vinyl and cds. One interesting find was an obscure 45 by The Bulldogs performing “John, Paul, George and Ringo” backed with “What Do I See?”. All self-penned from 1964 with an attempt to ride the coattails of the Fab Four. Obviously, they didn’t succeed, but nice effort, boys. Talking about 45s there were several 60s garage/psychedelic releases from 1965 through 1969 that bring four-digit prices in the 45 market that have sparked my interest but are just too out of reach for my shallow pockets. So, the next best thing was to look to compilation LPs and CDs, and there are many. Filling the Gap is a 5-cd set with rarities from the likes of Teddy & His Patches, The Human Beinz, The Magic Mushrooms, Crome Syrcus…this set just arrived and I cannot wait to dig in. Another 5-cd set that arrived here recently was The Ultimate Acid Dreams Collection. This collects all the Acid Dreams series (Acid Dreams Testament, Acid Dreams Epitaph…) and adds even more. Songs by The Remaining Few, The Stereo Shoestring, the “A” side of the Teddy & His Patches 45 (Zappa’s “Suzy Creamcheese”) whereas the “B” side is on the other box set – is there a conspiracy here to get you to buy both sets? In any event the other box did have the Peanut Butter Conspiracy 45s. Hmmm. There’s something happening here but what it is ain’t exactly clear. Besides 60s 45s I scooped up a 45 by late 70s Australian punkrockers, The Psychosurgeons that features 45 collector guru Mark “Boss Hoss” Taylor. Now how cool is that? 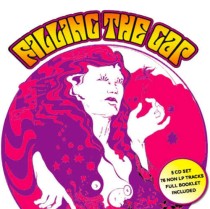 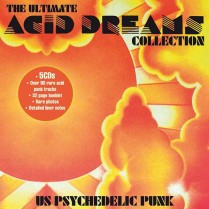 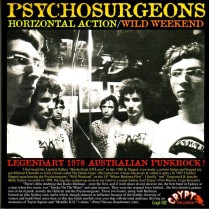 I won’t bore you with my other vinyl acquisitions but let’s just say quite a few were spoken word and one actually brings back memories of my son’s early childhood.

But you know, I had a week’s vacation in late June that just ended and what do I do? I end up waiting until my vacation is over to begin this blog entry. Not so cool. 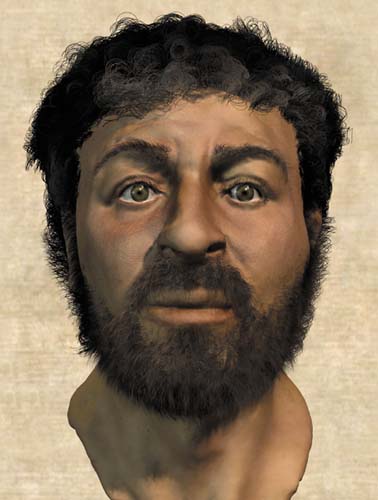 I keep putting off writing about the beginnings of Christian rock, so I promise that before the end of Summer I will get this done. Hold me to it. And with that, I am outta here, ‘cause I got a lot of listening to do.